A downloadable game for Windows, macOS, and Linux

When the world had stopped and everything became alien, one researcher stumbled upon a cave that lead him to the center of the world. There he found a machine...

This game was made possible thanks to the amazing support of the following people:

Hintbook: The game is pretty hard, sometimes may require too much guessing to figure things out and not everyone might be into that. Here is a hintbook hosted on Google Docs. It explains all of the rules in the game in the order they appear written in in-universe prose. If you want to figure things out yourself read carefully as to not read beyond what you should theoretically know so far.

Unzip and run MachineAtTheHeartOfTheWorld executable file (whichever platform you use).

Note: was not tested on Linux

This is so good! The only problem I see is that it is too easy to get stuck with a single line of puzzles. It would be nice to have several puzzles to try to solve at once, to solve some ambiguity (or merely shuffle the brain a bit).

Ok, the first puzzle to fill the whole grid (don't know the number) is a bit too much. I think it depends on too many new inferences. A multipart puzzle like this doesn't give enough feedback and is a big difference from what comes before in a way that doesn't feel very good.

There were also lessons about the yin-yang sign itself in the mix. Again, I think it was too much.

The "evil eye" symbol was also impossible for me to understand from the first puzzle. I think there should have been at least one simpler puzzle, possibly two. In particular spoiler:  so not only did one have to interpret the symbol, but also this new confounding element.

Not a fan of the 5th bracket puzzle, either. Had to check the notebook (bracket 3) to realize that .

Hi! Glad you're enjoying the game. I'll reply to all your woes here :).

First of all, if you haven't already, you may want to read the post mortem I've written. I might say things that are already covered in there.

In the defense of the level design the game was written in a week, while I also had regular job and a fresh toddler at home, which left no time to get tester feedback on the progression. Also most of the later levels were made at like 1-3AM or something so... haha.

I tried to make each level either require figuring out a single rule or reinforcing a previous rule or reinforcing multiple rules at once. It's impossible to have a single campaign which caters to everyone, because for some people there will never be enough redundant levels and others may figure things out correctly immediately. Which is why I tried to go for the least amount of stages without skipping any steps in-between. Essentially what I did was write down all of the rules for each element, then try to dissect them even more and finally create a stage for each one.

Obviously I failed (I agree with your criticisms), the chameleons and brackets are the most obvious examples, but I am not too hard on myself. The game was fun to make and everyone who played it and gave me feedback was positive about the experience :).

I think a better game would be where you had the output and had to create the input!

Btw, check out Alex Diener's LP of the game, very insightful to see how others approach the same puzzle.

about lvl around 40-41 i dont know exactly, but the symbol is full in grid. Can you explain the answer? Because there is X and yinyang symbol, i dont get that mean.. 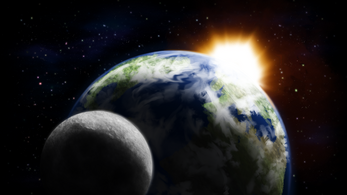 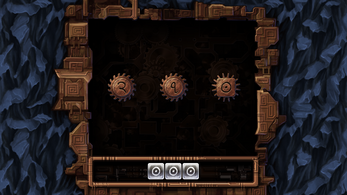 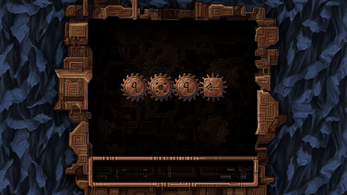